A general periodontal examination should be performed to characterize the periodontal status as part of the overall treatment plan. The aim is to provide a basic screening of the tissues and to obtain an indication of the treatment requirements of the patient.

Approximately 50% of all adults in the United States have some form of gingivitis, and 80% have experienced some degree of periodontitis. Despite the use of fluoride, a critical element in the prevention of periodontal disease, many children and adults still suffer needlessly from this “silent” destroyer of the gum tissue and its underlying bone structures.

Here are some common questions.

Gingivitis, also called gum disease or periodontal disease, describes the events that begin with bacterial growth in your mouth and may end — if not properly treated — with tooth loss from destruction of the tissue that surrounds and supports your teeth. Gingivitis and periodontitis are two distinct stages of gum disease.

What’s the difference between gingivitis and periodontitis?

Gingivitis usually comes before periodontitis. However, it is important to know that not all gingivitis progresses to periodontitis. In the early stage of gingivitis, bacteria in plaque build up and cause the gums to become inflamed (red and swollen) and often bleed during tooth brushing. Although the gums may be irritated, the teeth are still firmly planted in their sockets. No irreversible bone or other tissue damage has occurred at this stage. When gingivitis is left untreated, it can advance to periodontitis. In a person with periodontitis, the inner layer of the gum and bone pull away from the teeth (recede) and form pockets. These small spaces between teeth and gums collect more bacteria and debris and can become infected. The body’s immune system fights the bacteria as the plaque spreads and grows below the gum line. Toxins, or poisons, produced by the bacteria in plaque as well as the body’s “good” enzymes (involved in fighting infections), turn against the body and actually start to break down the bone and connective tissue that hold teeth in place. As the disease progresses, the pockets deepen and more gum tissue and bone are destroyed. When this happens, teeth are no longer anchored in place, they become looser, and tooth loss occurs. Gum disease, in fact, is the leading cause of tooth loss in adults.

Diagnostics are the first step to great oral care. A dentist’s comprehensive examination helps uncover early signs of illness before it becomes more difficult and sometimes even impossible to treat. The sooner you can catch a disease, the better your chances of reversing its effects. While Dr. Acharya may not do everything below for every patient, she will use any of these tools to perform the best diagnostics for you and your specific situation.

Identify any factors that could be contributing to your symptoms, such as smoking or taking certain medications that cause dry mouth.

Look for plaque and tartar buildup and check for easy bleeding.

Check for bone loss in areas where your dentist observes deeper pocket depths.

Signs and Symptoms to Look For During a Periodontal Exam

How can gingivitis be prevented?

Gingivitis can be reversed in nearly all cases when proper plaque control is practiced. Proper plaque control consists of professional cleanings at least twice a year and daily brushing and flossing. Brushing eliminates plaque from the surfaces of the teeth that can be reached. Flossing removes food particles and plaque from in between the teeth and under the gum line.

The American Academy of Periodontology says,

Health and lifestyle changes that will decrease the risk, the severity, and the speed of gum disease development include the following:

Is it true that periodontal disease has been linked with other health problems?

According to the Centers for Disease Control and Prevention (CDC), researchers have uncovered potential links between periodontal disease and other serious health conditions. In people with healthy immune systems, the bacteria in the mouth that makes its way into the bloodstream is usually harmless. But under certain circumstances, according to the CDC, these microorganisms are associated with health problems such as stroke and heart disease. Diabetes is not only a risk factor for periodontal disease, but the periodontal disease may make diabetes worse.

SCHEDULE AN APPOINTMENT FOR PERIODONTAL CONSULTATION. 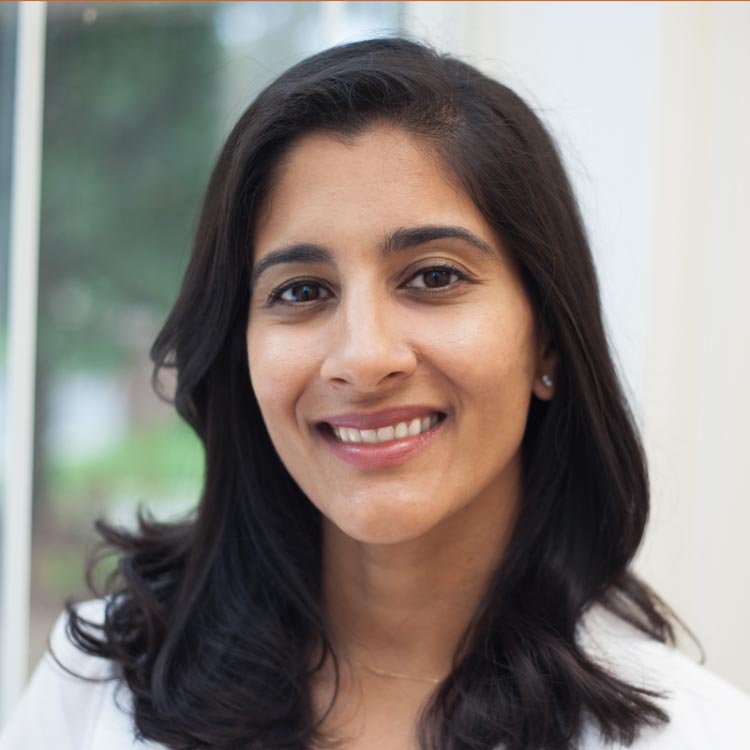 What is a Periodontist?

A periodontist is a dentist who specializes in the prevention, diagnosis, and treatment of gum disease, and in the placement of dental implants. Periodontists receive extensive training in these areas, including three additional years of education beyond dental school. They are familiar with the latest techniques for diagnosing and treating periodontal disease, and are also trained in performing cosmetic periodontal procedures.

Dr. Acharya, board certified in Periodontics and dental implant surgery, can treat more problematic periodontal cases, such as those with severe gum disease or a complex medical history. She can offer non-surgical and surgical treatment options specifically suited to patient needs and preferences.

A thorough examination and accurate, specific diagnosis is the foundation of effective treatment.

When necessary, Dr. Acharya and her team can walk you through a surgical treatment plan to restore healthy gums and teeth.

Dental implants are a common procedure of permanently replacing missing teeth without affecting other neighboring teeth.